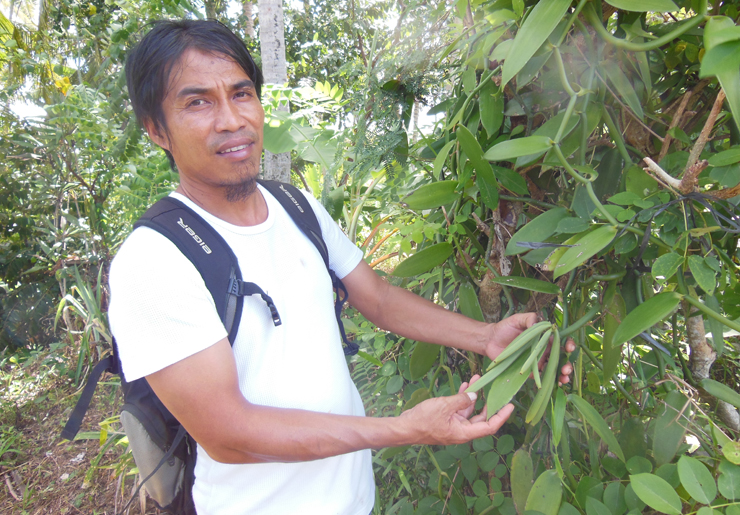 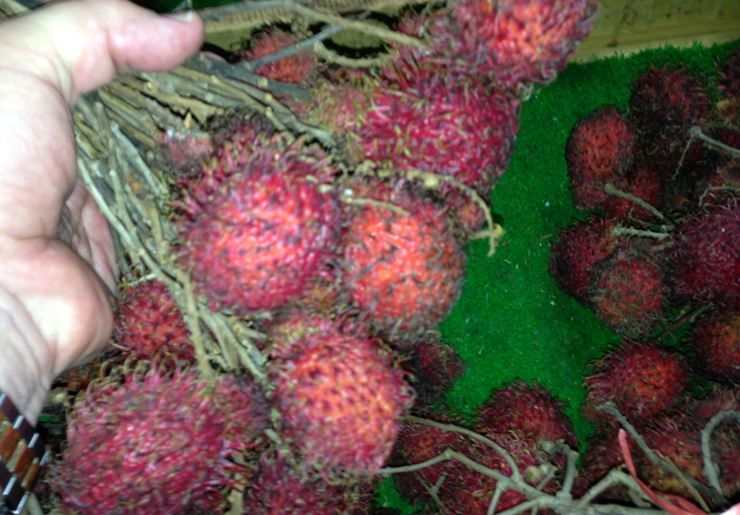 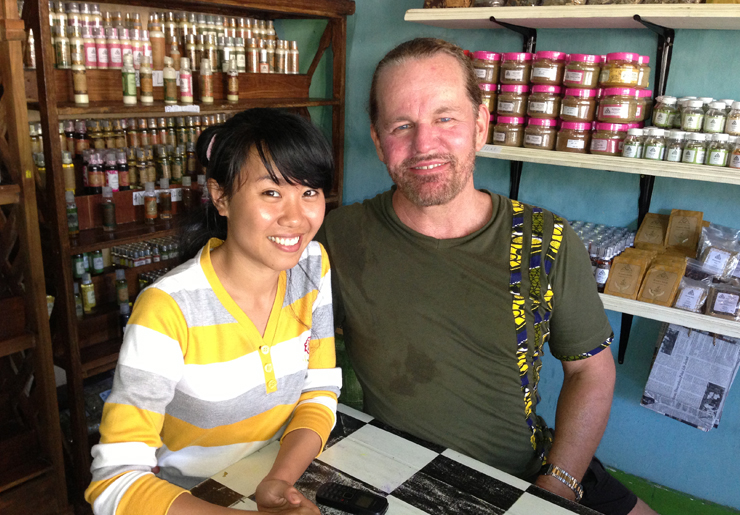 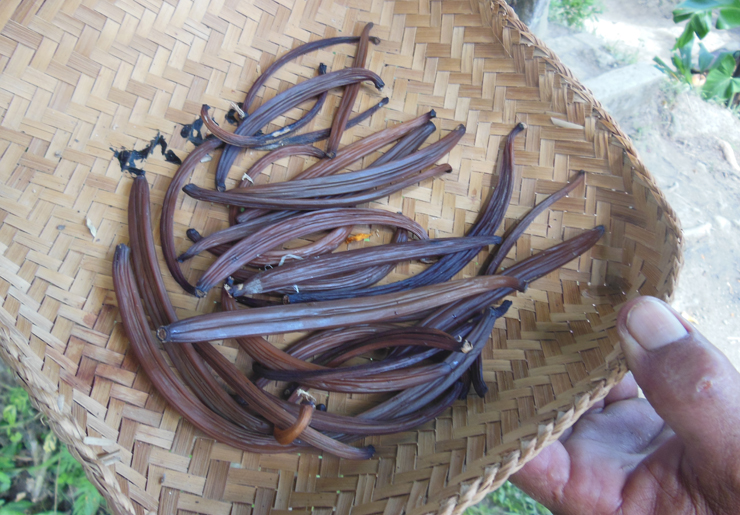 The Foundation’s work in Bali centers around the remote town of Ubud. We made three important connections who all lived there. The first is Ni Wayan Lelir (Nee Why-an Lee-lur), a herbalist and fifth-generation traditional healer. And her husband, I Made Westi (Eye Mah-dee Wes-tee), a farmer who is trying to re-establish the traditional and sustainable form of Balinese farming.

My third contact is probably the most famous man in Bali. His name is Ketut Leyir, the healer who helped Elizabeth Gilbert in her book Eat, Pray, Love. You might remember the movie starring Julia Roberts.

We’ll be working with her to develop some formulas you can’t get anywhere else so we can re-circulate some of the lost wisdom of the Balinese healers.

In fact, it’s this work that inspired our new book on these plants called Healing Herbs of Bali. I worked on it with Westi. It includes the stories of how Westi and his family began growing the herbs and plants, how Lelir and her family have used the herbs for generations, and how you can use them too.

We’ll also be growing even more herbs in his garden, and testing them in Lelir’s shop so that you’ll have access to unique healing formulas that you can’t get anywhere else.

Westi and Lelir took me to his private garden on his father’s land, and showed me dozens more plants they use to make their health and beauty products. 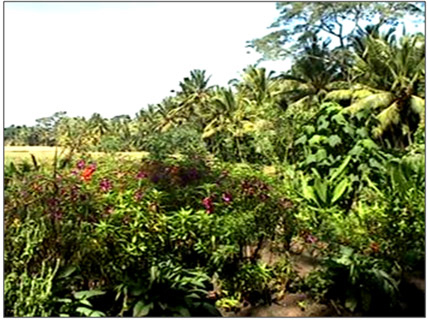 Westi’s herb garden on the tropical island of Bali.

There were cacao trees full of cocoa beans, jackfruit trees with their giant watermelon-sized fruit hanging on the trunk, and teakwood. Teak is expensive, and used for some of the finest woodworking in the world, and here were dozens of the trees just scattered everywhere.

Westi also has a durian tree, the tallest fruit tree I think I’ve ever seen. It’s kind of a weird tree because the flowers bloom at night, so bats pollinate them. It was so huge I almost fell over backwards with my video camera trying to get it all in the shot.

Westi’s very knowledgeable about the trees and their leaves, and about the herbs he grows, too.

He’s also very motivated to use his modern knowledge along with traditional teachings. He’s taken it upon himself to show people the traditional, sustainable ways of farming the small amount of land they have in Bali. 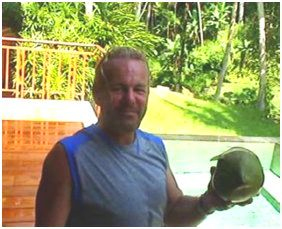 Westi made me a drinking cup from a coconut.

Westi talks about this a lot. It’s how he views what he wants to accomplish with his education and the land he inherited from his father.

He wants to build a healing resort. A place where people can come and learn about the traditional ways, but also be able to get Jamu, which includes herbal massages and formulas.

He gives tours he calls “herbal walks” around the area near his home in Ubud. He shows tourists and others the different roots and plants he and his wife Lelir use to make the health products in their shop.

“We don’t like to go to doctors. We don’t need chemicals. For everyone in the fields, we still use herbal medicine. We use the herbs surrounding us. Like for antibiotics, we use turmeric.”

“This is the turmeric root. This big part is the ‘mother’ root, and these are the ‘babies.’ We use the mother for medicine, and the babies for cooking. Why? Because they taste different. And the medicinal properties of the baby roots are less.”

“Also, after so long, if we use the mother root for cooking it will taste like medicine to us!”

Westi has at least six different kinds of turmeric growing in his garden. It’s the single root that they’re most impressed with. And it’s a whole science. They know exactly how old the root is supposed to be and what to mix it with, and it’s central to a lot of the things they do.

Turmeric and it’s major compound curcumin are well known anti-inflammatories. The journal Family Practice did a study on turmeric and the researchers wrote simply: “Does turmeric relieve inflammatory conditions? Yes.”

It has a combination of curcuminoids, volatile oils and proteins that make it anti-cancer, and it’s being looked at as a treatment for other inflammatory conditions like asthma and arthritis and high LDL cholesterol.

The USDA’s Human Nutrition Research Center on Aging (HNRCA) at Tufts University in Boston did a study that found curcumin can suppress fat growth.

It’s also being studied to treat Alzheimer’s disease. In an animal study, researchers were able to use turmeric to reduce the beta amyloid plaque that builds up on the brains of Alzheimer’s patients by 40 percent. The turmeric also reduced buildup of a harmful protein by 80 percent. That means curcumin could help you keep your memory longer.

You’ll receive a FREE chapter from The Healing Herbs of Bali when you make a donation to The Wellness Research Foundation.

Yes, I would like to help! I pledge to donate